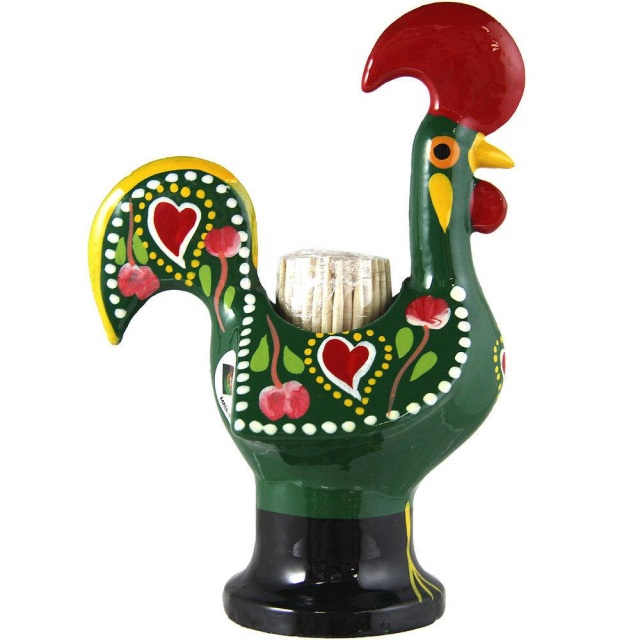 In Portuguese folklore, a pilgrim on his way to Santiago de Compostela was accused of theft and arrested. In spite of his honesty, he was unable to offer a satisfactory defence and was sentenced to hang. He asked his jailers if he might see the judge, who received him in the judicial dining room. The judge was eating roasted rooster. The prisoner declared his innocence once more before the judge and asked for mercy. When it was denied, the innocent man declared, as proof of his innocence, the rooster would rise up and crow, which to everyone's astonishment indeed did happen. Needless to say, the pilgrim was spared. The story became part of Portuguese folklore and represents justice triumphing on behalf of those who fight for it and good luck.