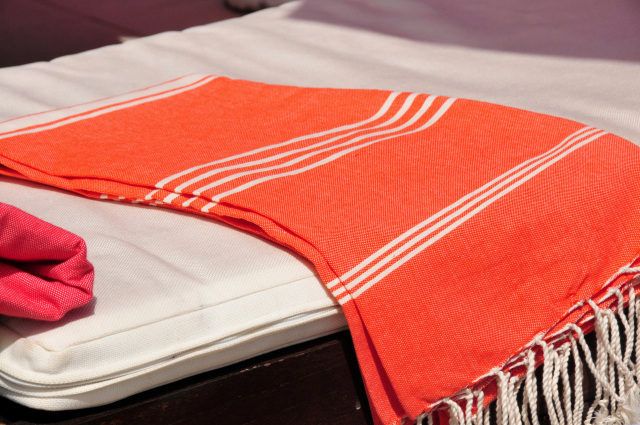 The Fouta is a piece of thin patterned cotton fabric used in Many Mediterranean countries. Among other uses, they were originally worn, by both men and women, wrapped around the body while at public baths or just by itself while relaxing at home (as hammam towels). The fouta fabric is made of 100% cotton produced in manually operated looms. The fouta absorbs water as fast as a traditional towel, dries quicker, takes up less space, is easy to carry and is therefore used as an alternative to the towel in bathrooms, pools, spas, beaches, sport facilities, baby care and has been adopted in the world of fashion.